It was time to point ourselves to the western sun.

After a long season of amazing adventures with our nearest and dearest, it was time. Just me, the Mister, the sheep and our van. We were being held to our promise of returning once again to the Great Wide Open. Nine months of waiting and planning for this trip. We knew it would be one of the biggest adventures yet.

But only one thing stood in our way. Ryan and I had a dilemma back in July when it was suggested that I take a break from riding to let my bum heal after suffering a pretty hard hit while racing the BME in Keystone (see previous post). I knew I wasn't going to be in race shape come end of August when it was time for our annual pilgrimage up to Spearfish, SD, for the Dakota Five-0. It was my call to make and with a heavy heart, I decided to skip it so we could focus on the CB Ultra and healing my ass (and getting our bathroom finished!) It was a huge relief for me because I like to do well at that event and if I wasn't going to be able to give it 100%, then I may a well put all of that energy into the CB Ultra. Looking back, it was a wise choice!


So, while our friends headed northwest, we headed straight west, stopping part way on that Friday after work, crashing at a RV campground off the highway. By Saturday noon, we were pulling into Gunnison. We stopped for a picnic lunch at a local park. Everything was green and the air was clean and warm. It wasn't long before we we pulled into Crested Butte, and its mountain valley I've come to love. We didn't even stop in town, instead continuing right up to Gothic and mountain bike country. 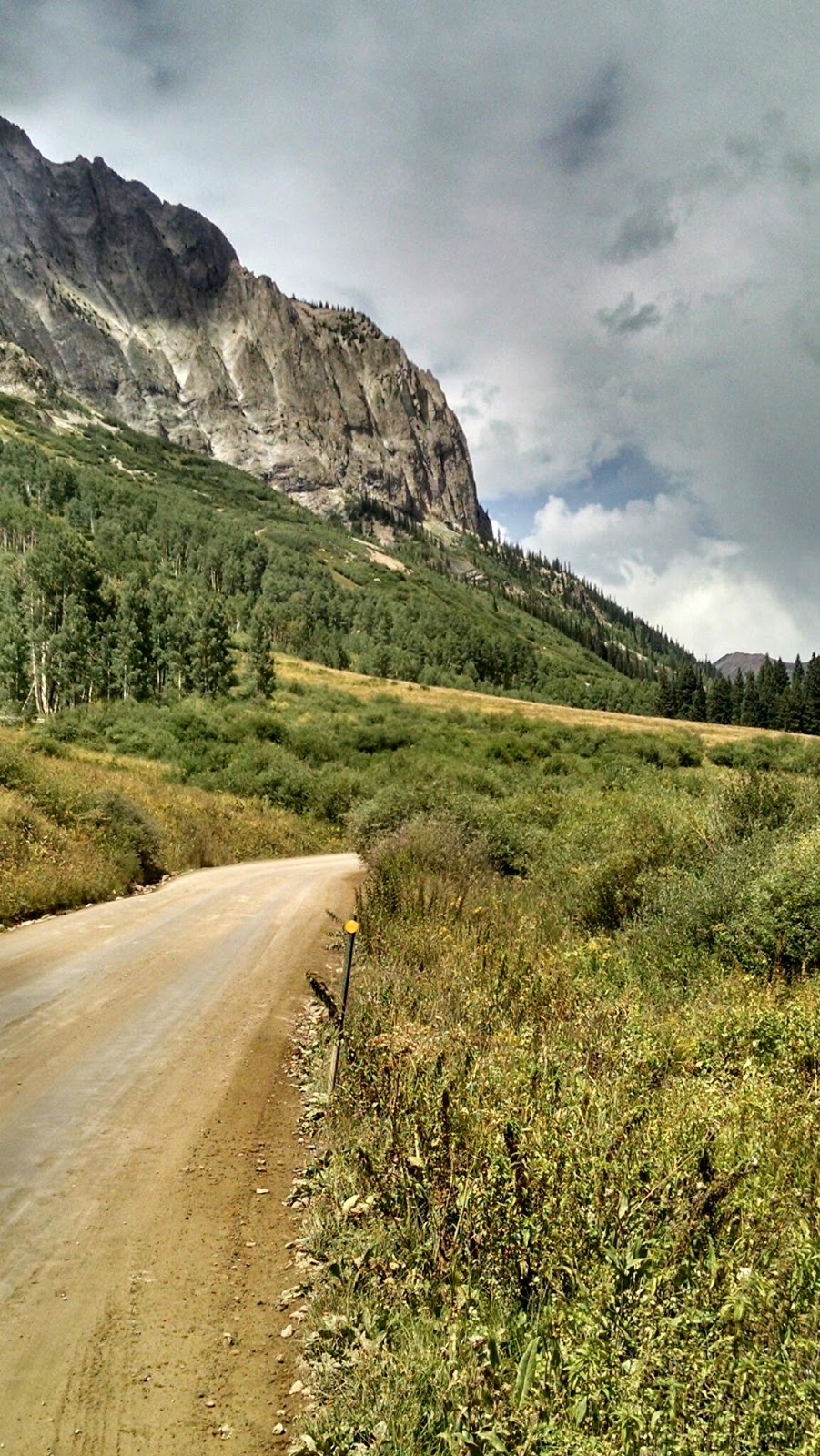 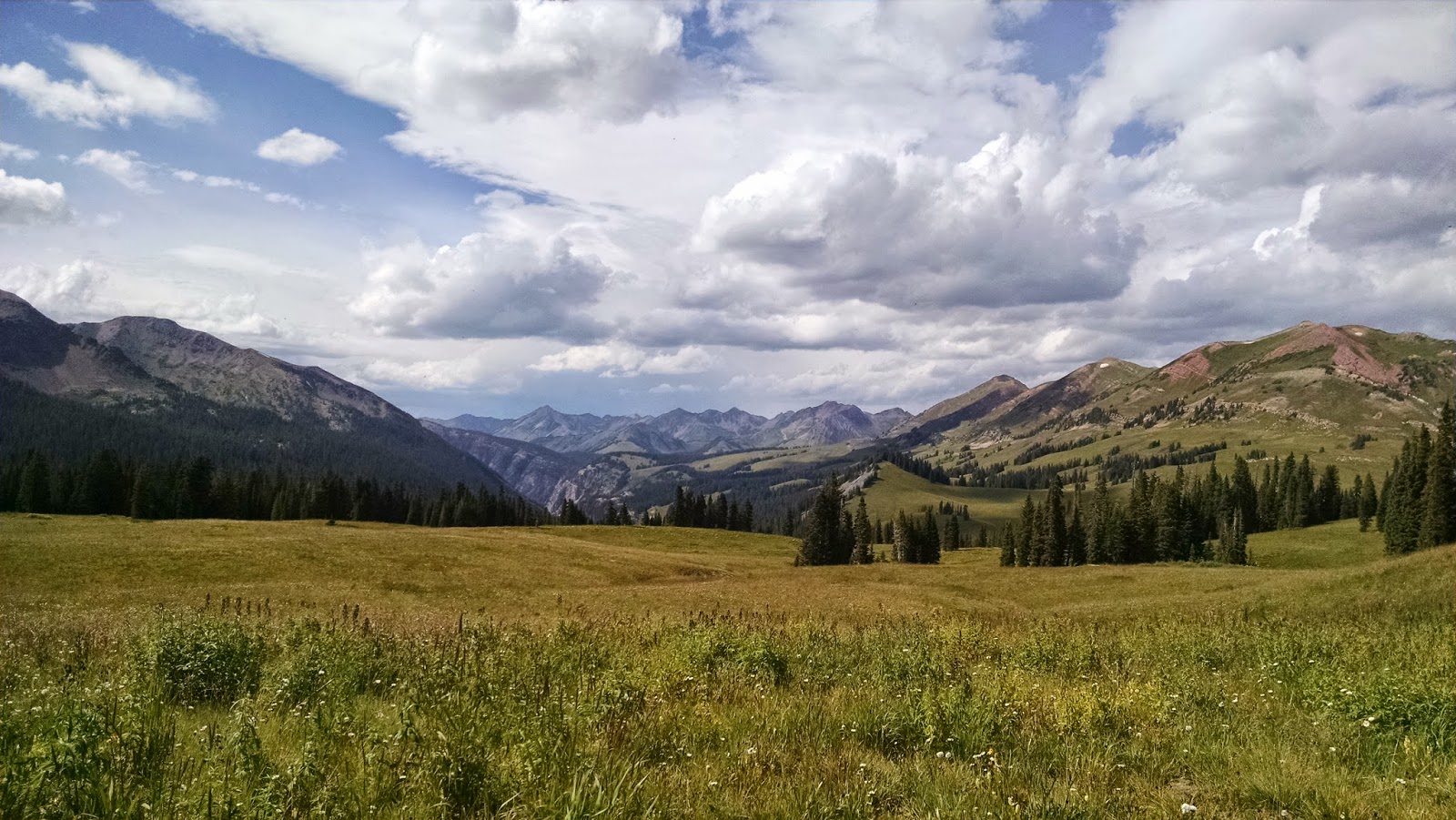 We parked at the end of our planned ride: 401 Trail. We have ridden it a few times and the anticipation of getting to the top to see the amazing views proved to be too much. We were wheezing like a couple of pack-a-day smokers. Walking was the only option in many cases. But we made the best of it. We weren't in any rush. And the trail didn't disappoint. We could point the camera in any direction for world class eye candy. The area had received record snow and rain and there were still wild flowers in many places. In fact, the vegetation was so thick, that sometimes it overtook the trail and our sitelines with it. In those cases, we just said a little prayer to the trail gods in hopes the single track would stay directly under our tires. We came across a group of Gravity Groms who were learning to ride and they were ripping it up, having a hoot. That was pretty fun to see in the middle of the afternoon. 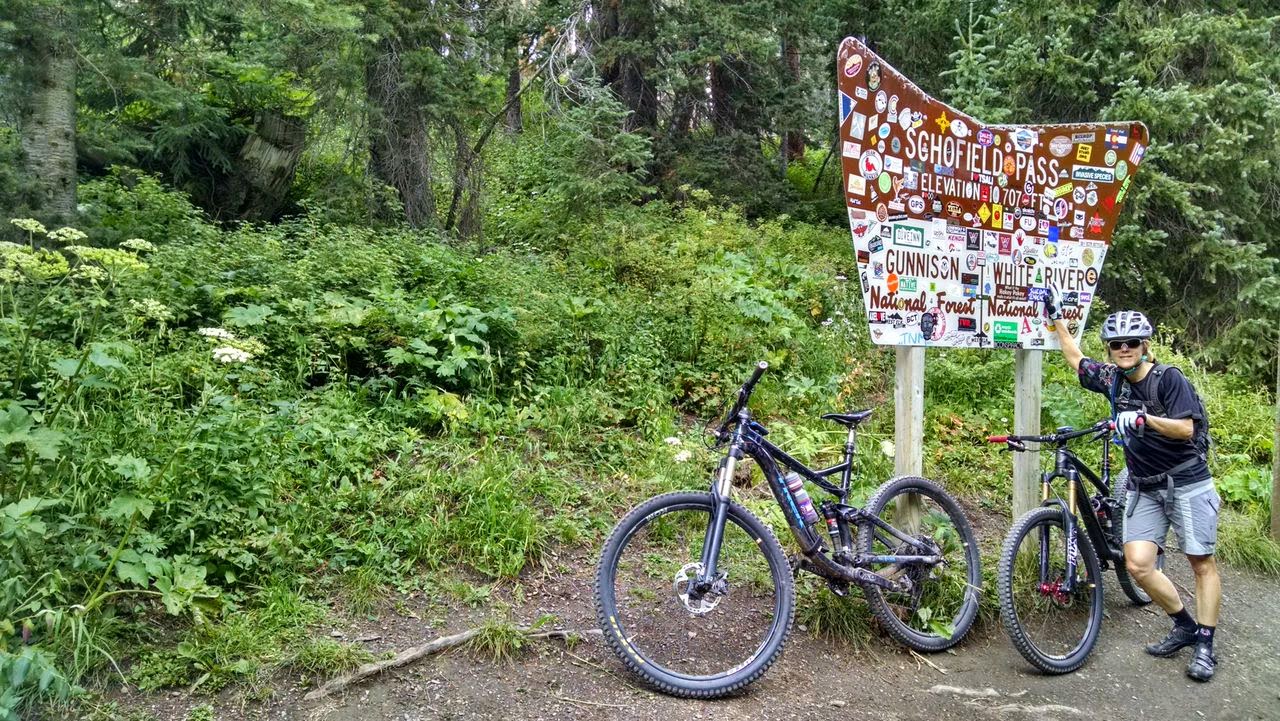 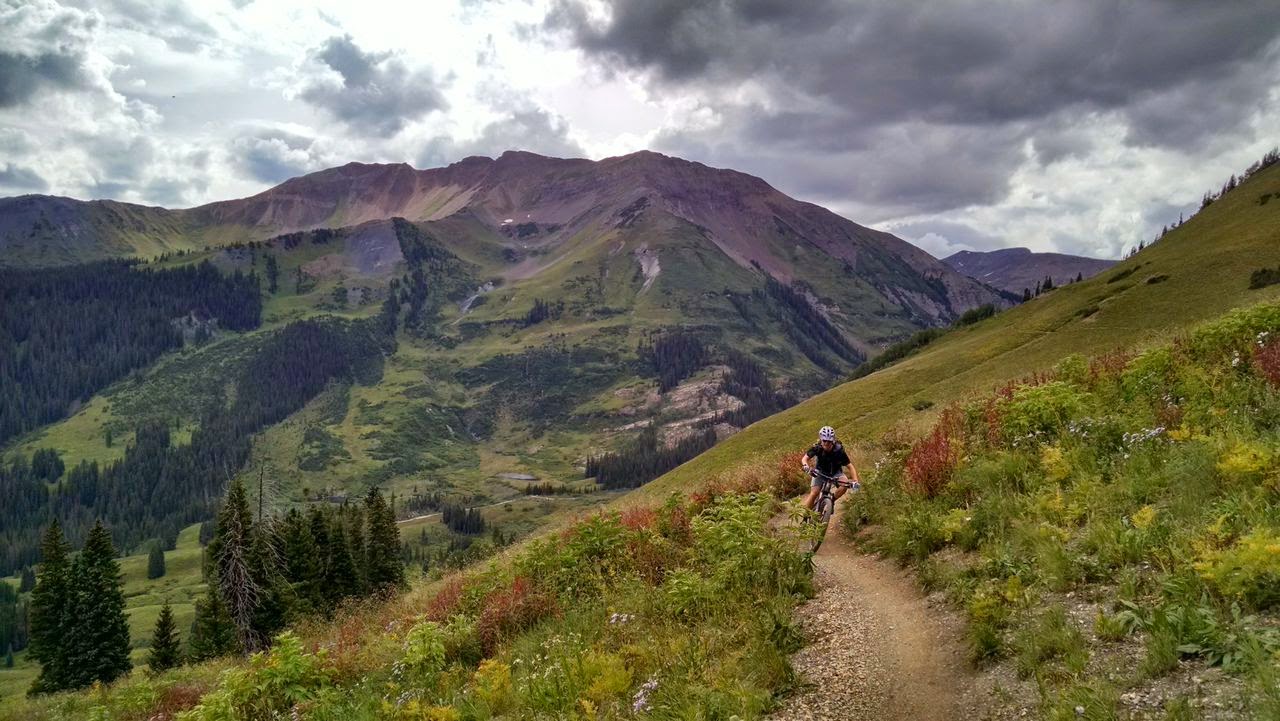 After our ride, we scoped out a place to park the van for the night. We settled on a space on the edge of a public camping area that had an outhouse. We were only going to be there for the night so we had a simple meal and spent the rest of the day exploring and going over maps of the area. As the sun set, the stars came out. The night sky at Gothic is nothing short of magnificent. The valley is mind blowingly wide by monumentally long, giving us an unobstructed, front row seat to the night's galactic night show. I'm pretty sure I could see into the future. 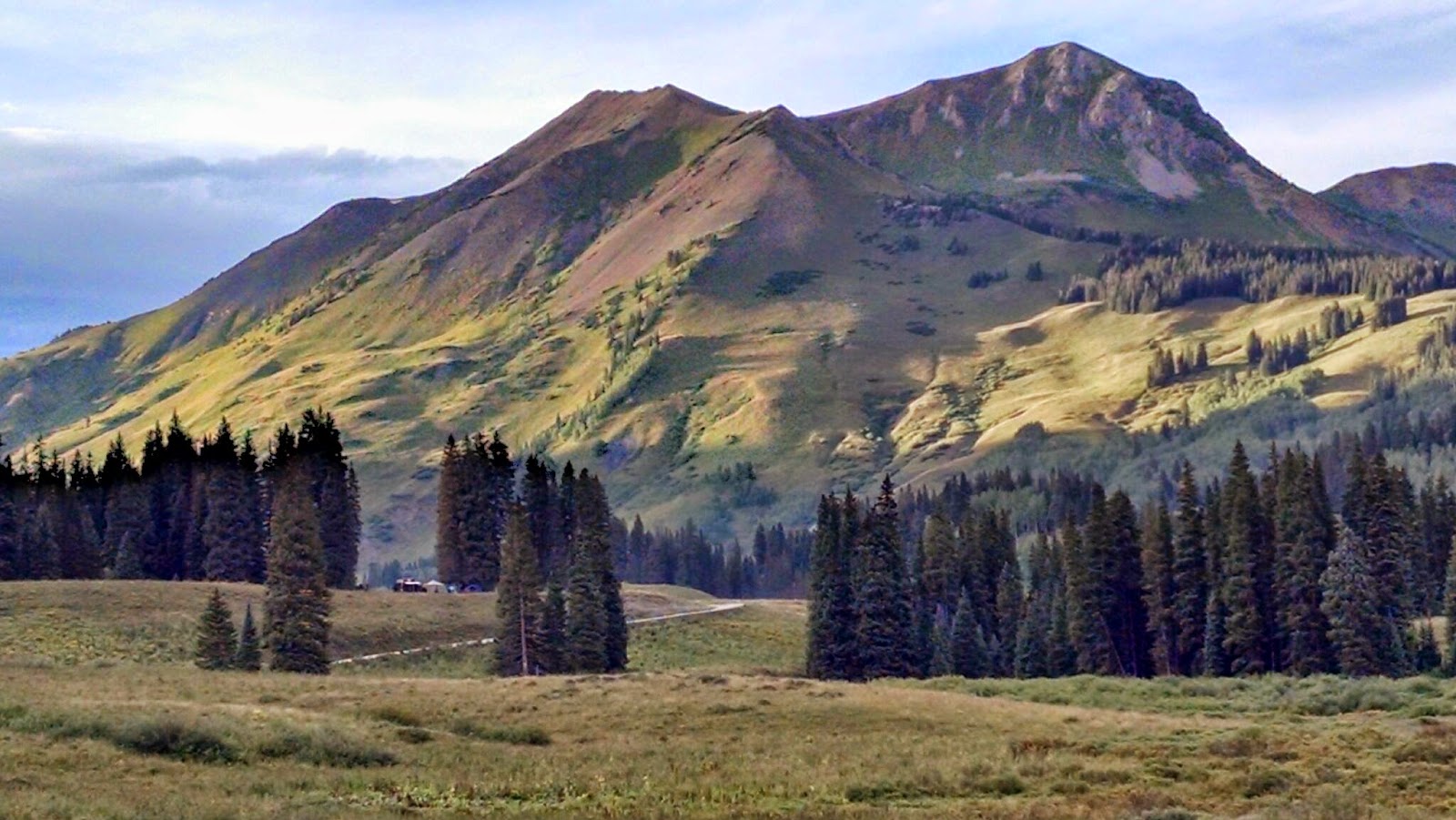 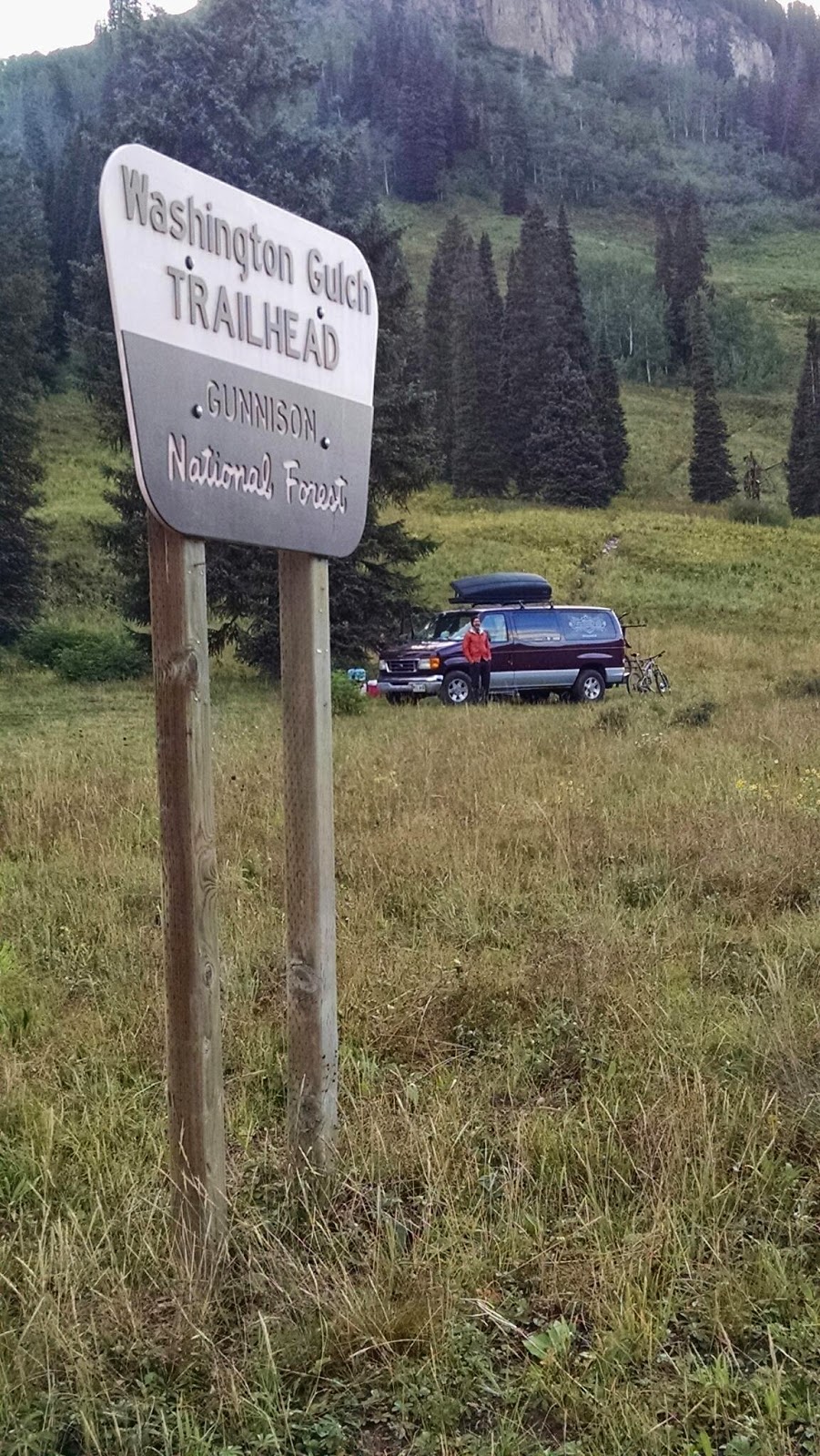 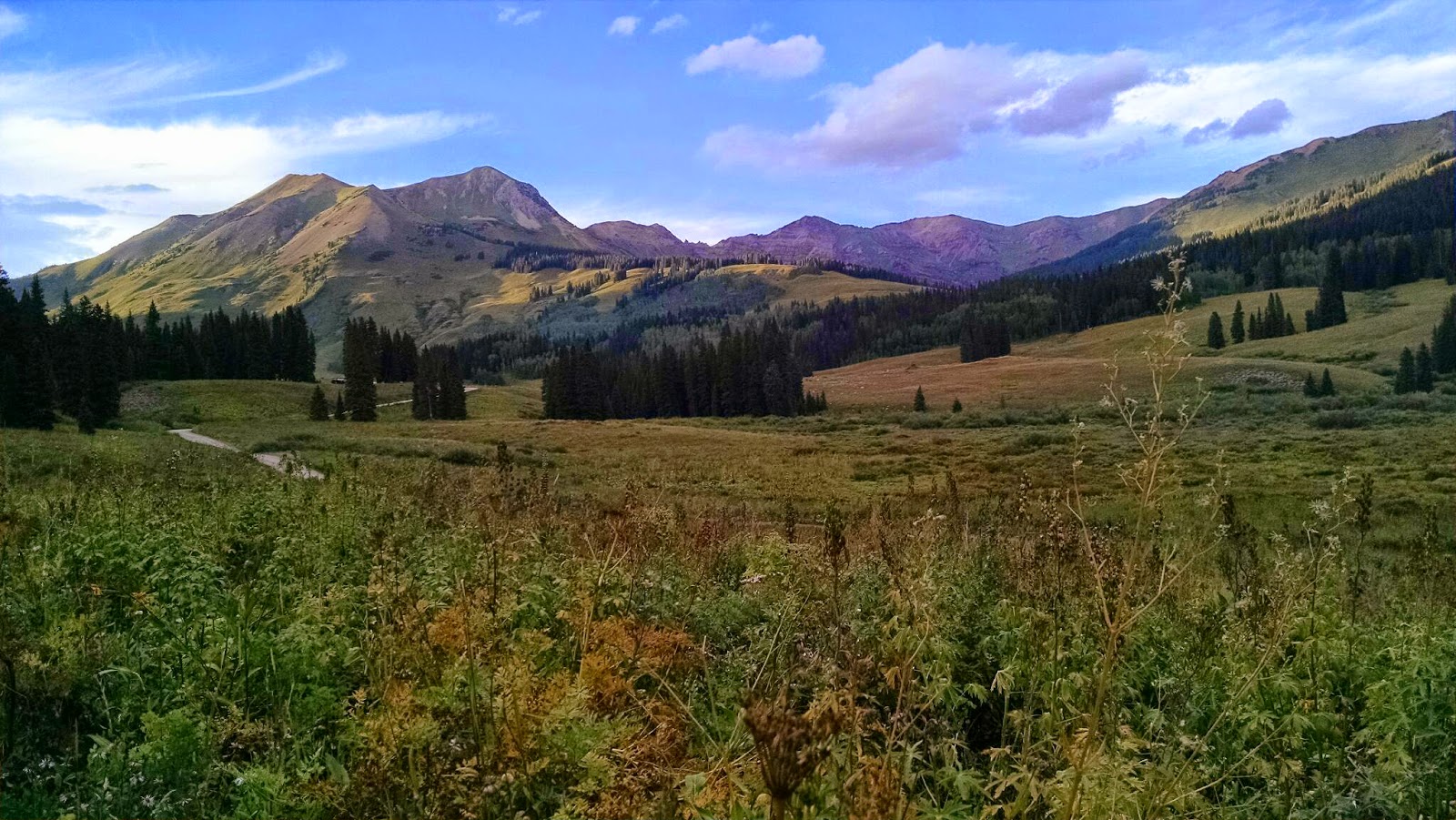 On Sunday we headed back east, stopping in town only to fill up on water, gas and propane. Ryan received some advice from a local where to ride: 409.5 by way of a long single track climb up Ferris Creek. (A sign of things to come. Little did we know we were practicing the hike a bike techniques we'd soon come to rely on). Up, up, up, ride, walk, ride, walk. We did go through some pretty sweet terrain, crossing boulder fields and aspen groves. Every turn was a new discovery. When the pitch finally mellowed we were able to actually ride up. A couple of pros were on the track so we figured we were doing one of the stages. Just as we got to the top, weather rolled in and it began to rain. We all donned our rain gear and pointed the big wheels down. Holy deep ruts! Come to find out we were descending a moto trail - a very muddy moto trail that had so many exposed roots you'd think you were riding on the base of an old tree. Add in the wetness from the falling rain and things got interesting in a hurry. We managed not to die and by the time we got to the bottom, the sun popped out and we continued on, even adding a little extra at the end on Stran Bonus & Canal Trail. It would be our longest pre-ride day. Hard but fun. We rewarded ourselves by eating massive burritos in town at Teocali's. Ryan struck up a convo with writer/rider for Mountain Flyer mag, Zack White, who upon seeing we weren't a couple of freeloaders, and probably looking for something to do to pass the time in the warm sun, sat down and told us all about BC Bike Race and his former life as a pro DH and the recent cause and effect of Enduro racing. It was awesome. And it was only Sunday. Good times were just beginning. 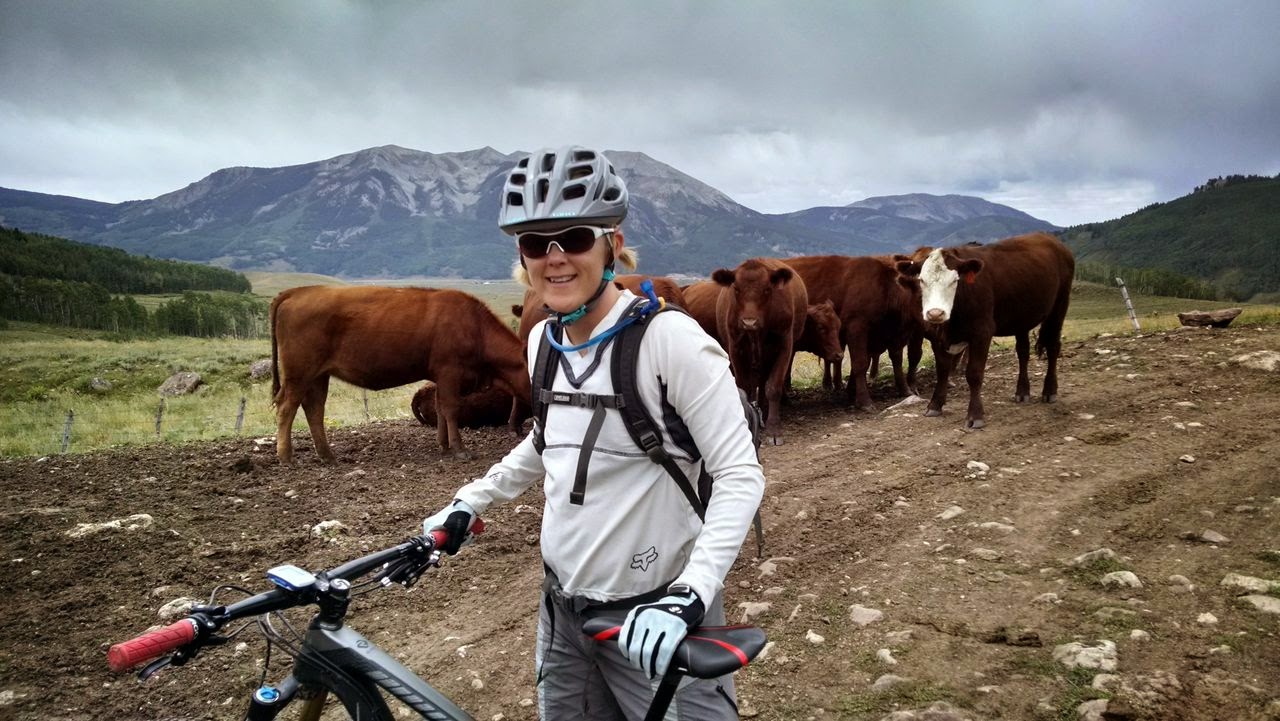 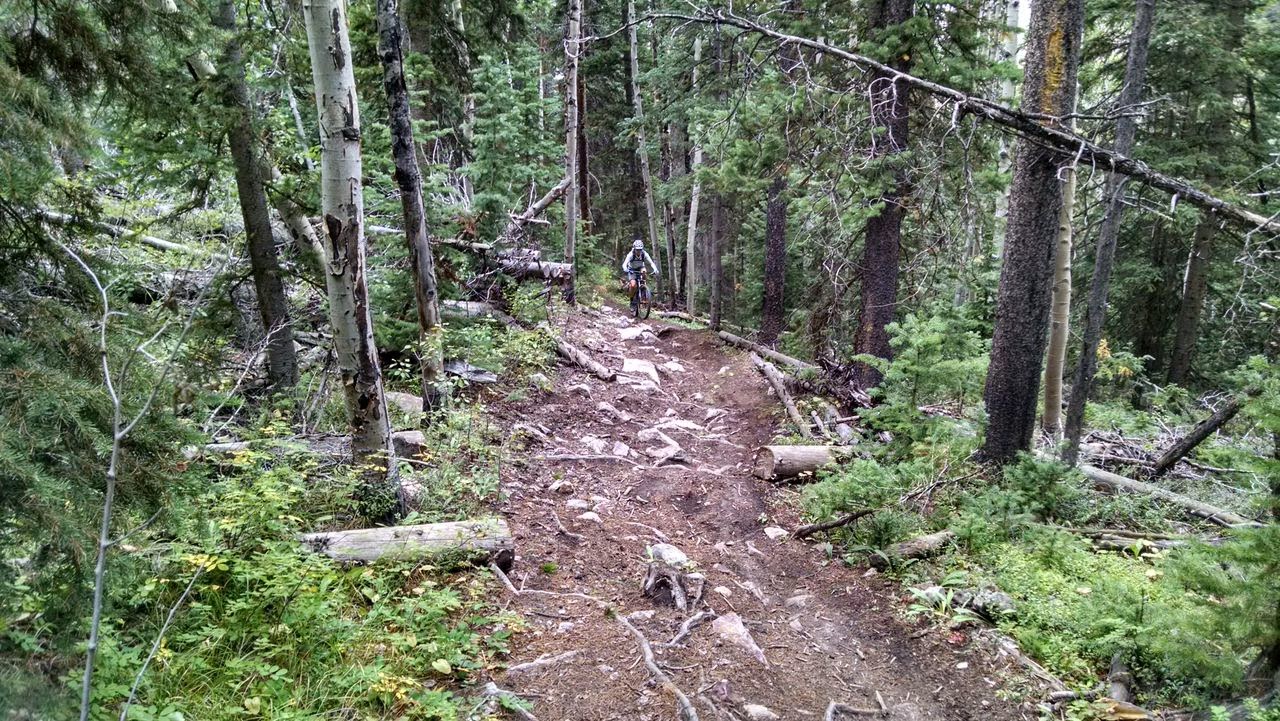 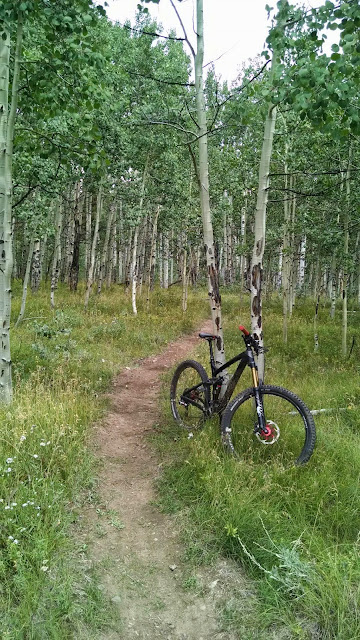 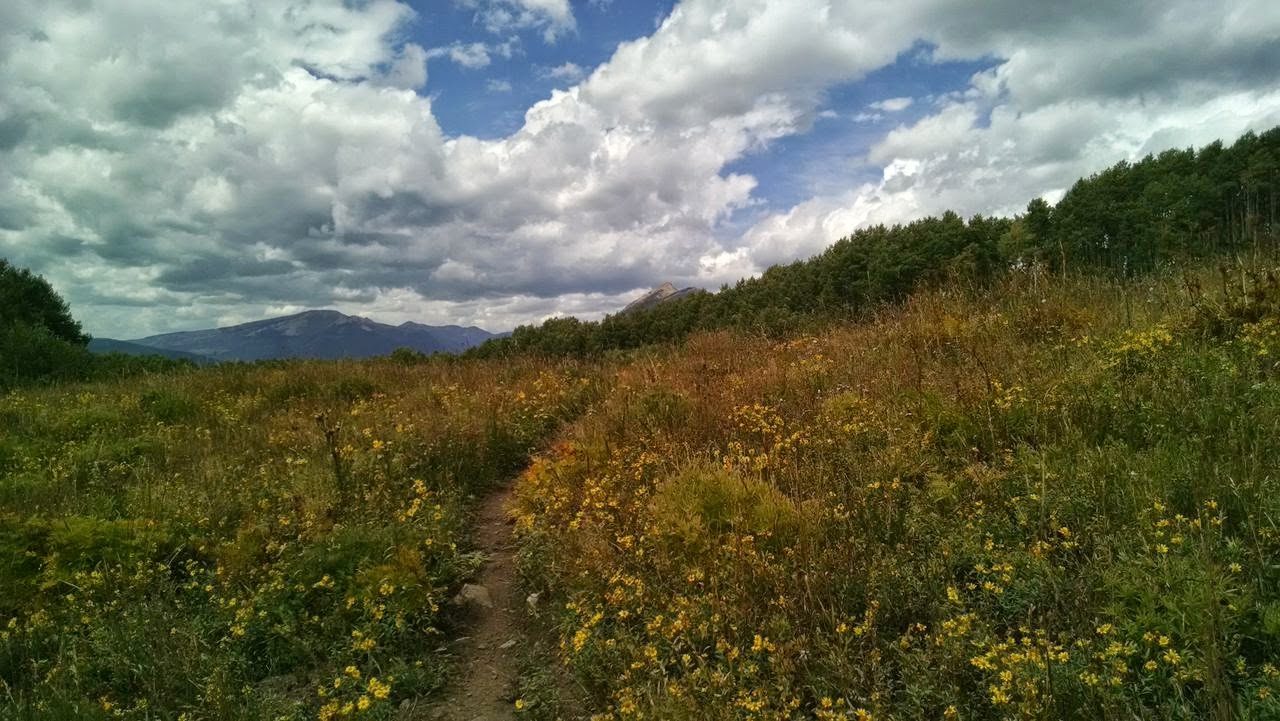 That night, we camped up Cement Creek, not far from the race starts. Since it was our last night in the real wilderness, we lit up a legit fire and hung out, singing to old rock 'n roll tunes that were blaring from a neighboring camp. 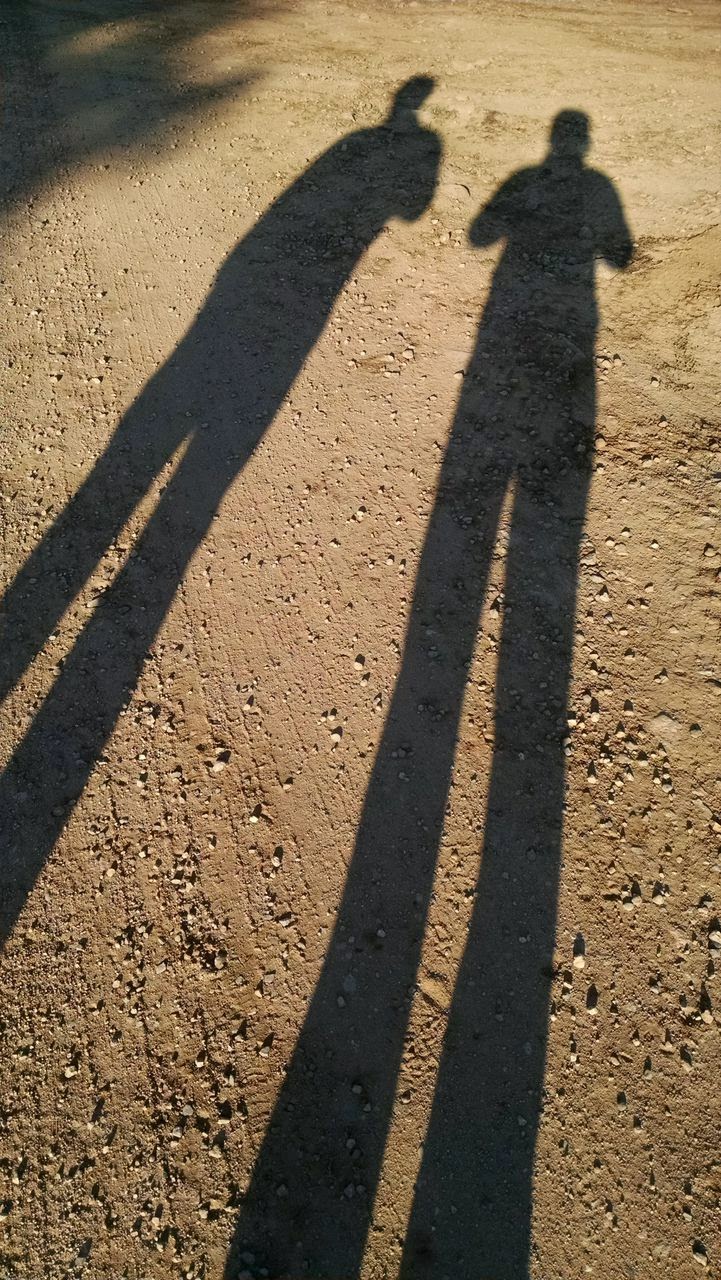 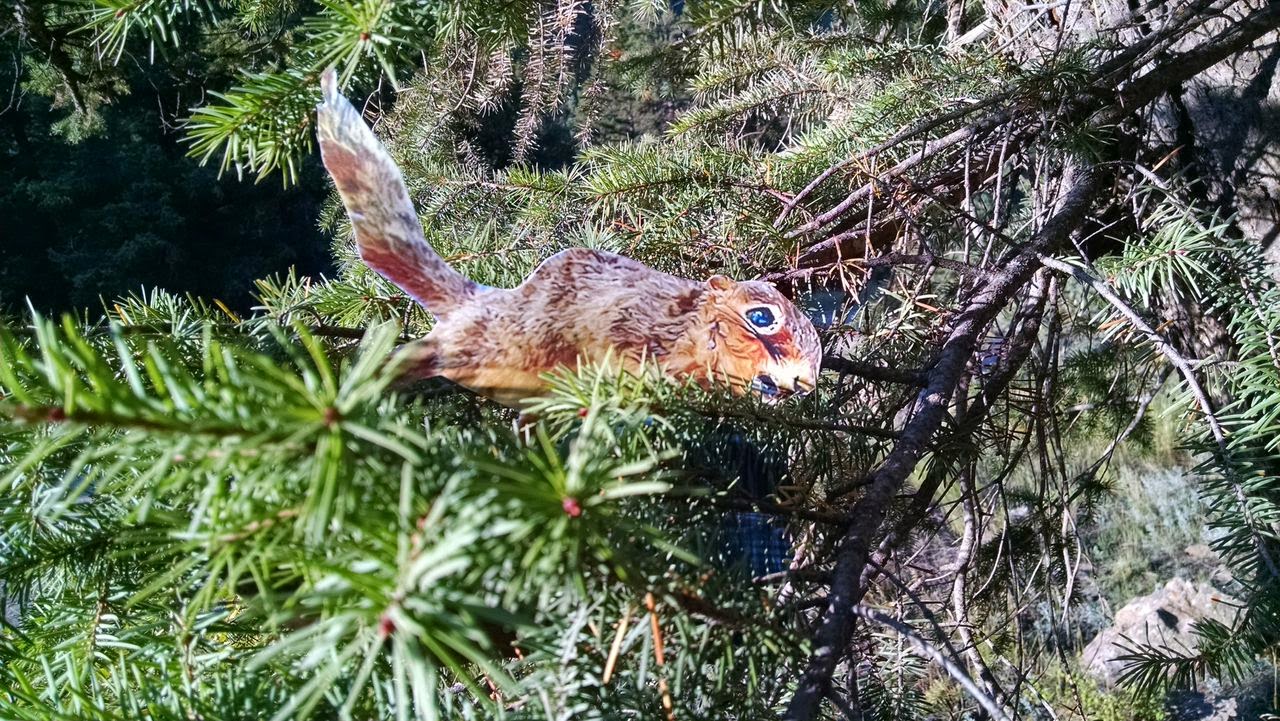 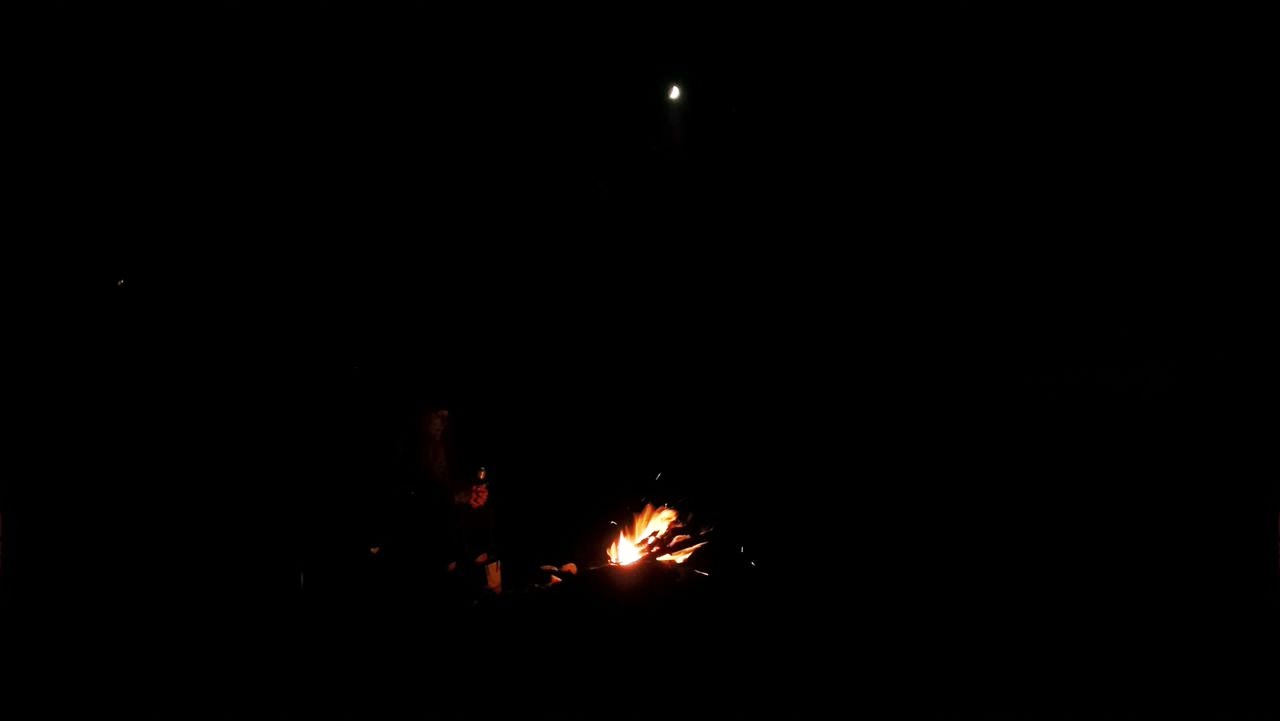 On Monday, Labor Day, we decided to head to the racer campground so we could get a primo spot. We were the first ones to arrive. We set up in the lot, next to the bathroom. We had a close-up view of Mt. Crested Butte and the rest of the valley to the east. We were actually right next to the local high school ball fields, and though not glamorous, nor wildernessy, it was convenient and free! Ryan bought a hose and bucket so we'd have a bike wash. We had a heated bathroom with running water and were only a few minutes ride to the start line, which made it nice and simple on those dark and cold race mornings.

The campground, a.k.a Enduro Shanty Town, actually turned into a pretty busy spot as we got closer to race day. The Oscar Blues crew stayed there (since Whatever Town gave them the boot). We met a few pros, one couple in particular from Montana were very friendly and fun to hang with. A man drove in from California in his VW Bus, camping and riding along the way. His wife flew in later, towards the end of the race week. He ended up giving us a package of coffee beans from his daughter's coffee shop. Made me think that next year, or anytime traveling like that, we should bring something native from NE to give out to friendlies we meet along the way.

Our ride was a short and easy jaunt around at the base of Mt. CB. on Upper Loop. I wanted to make sure my suspension was dialed because Tuesday was rest day. After our ride we went into town for a relaxing lunch and strolled around the town. We stopped into Big Al's Bike Heaven, of course, and spent some tourist dollars. Gotta support the LBS that was supporting us!

Dinner was at the camp. I made camp stove pizza! Afterwards we sat around and talked bikes well into the night. 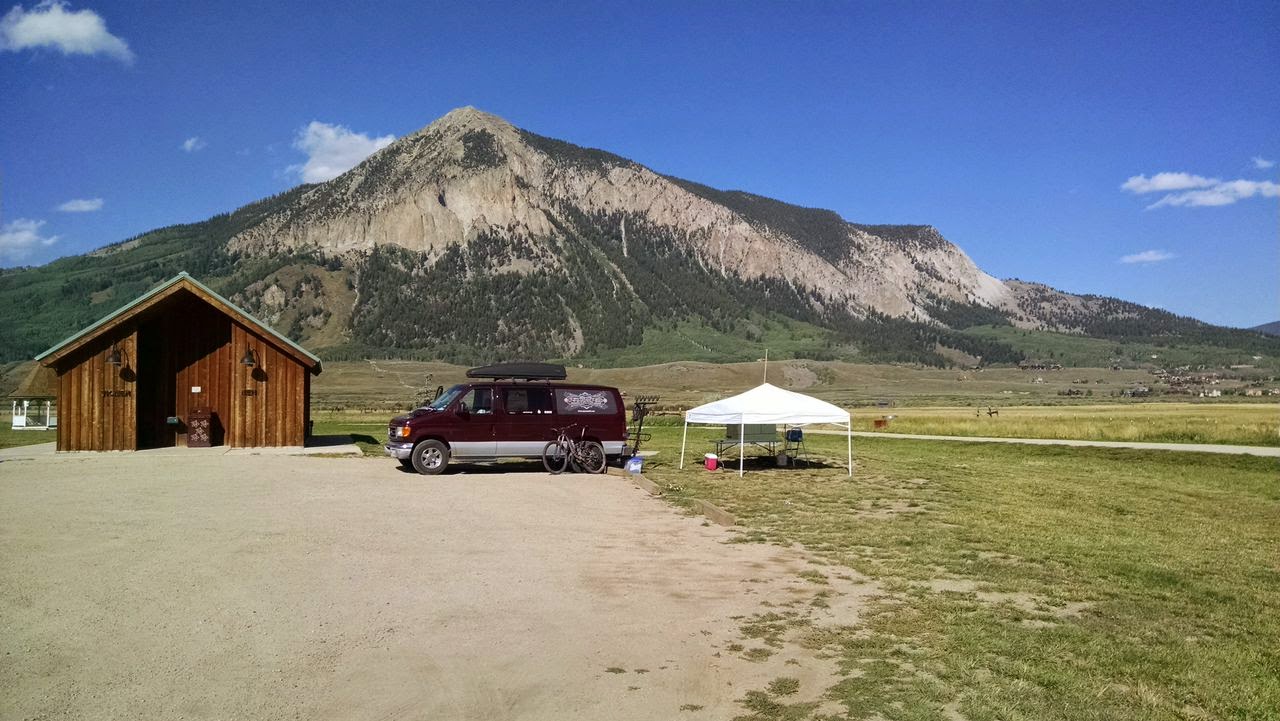 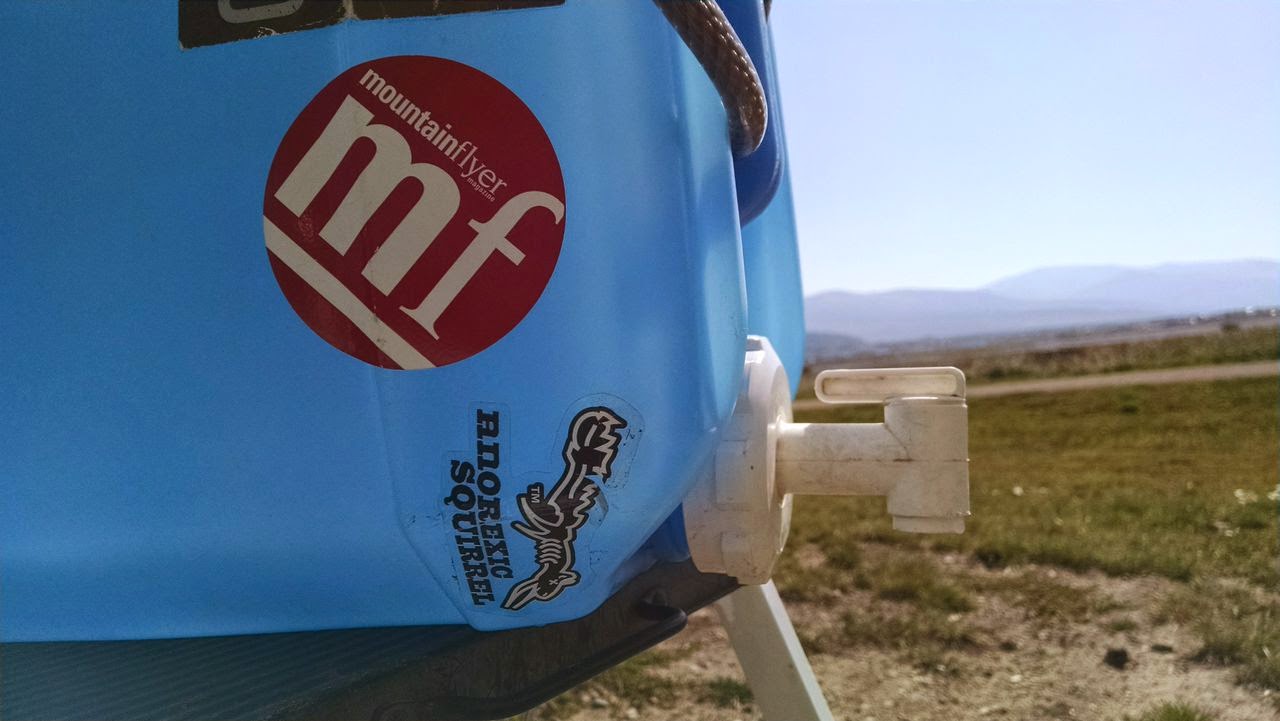 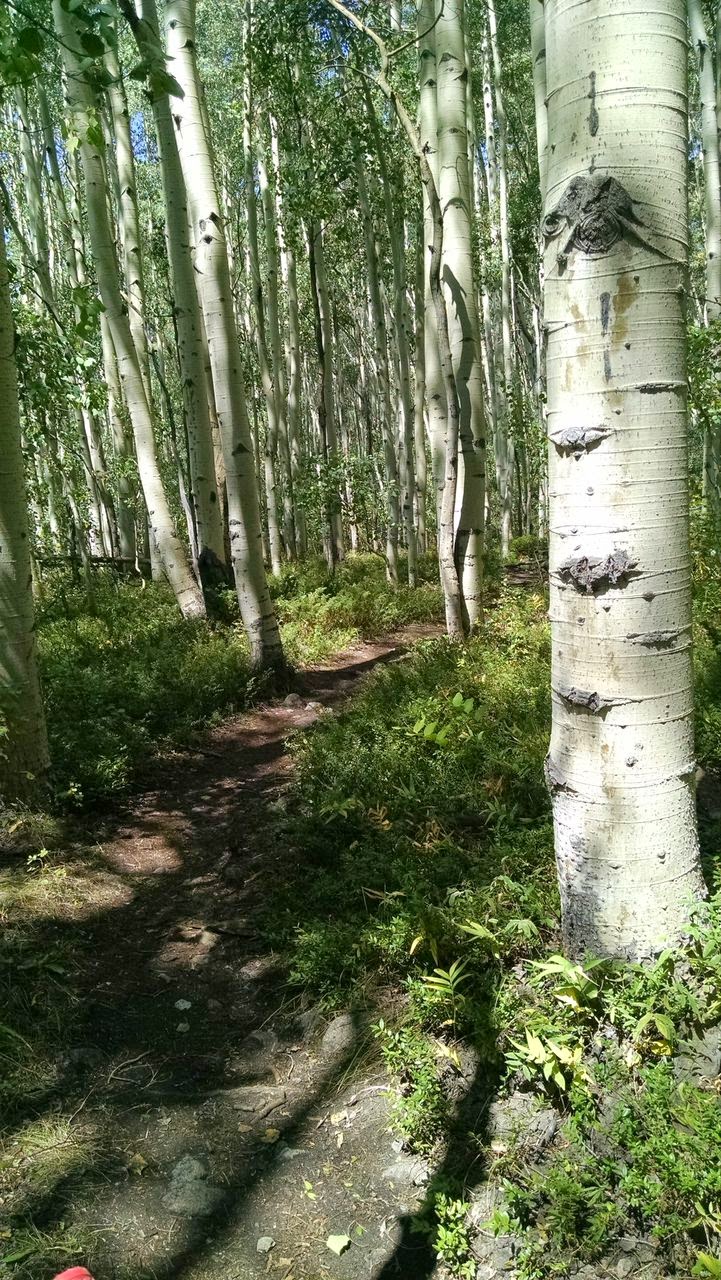 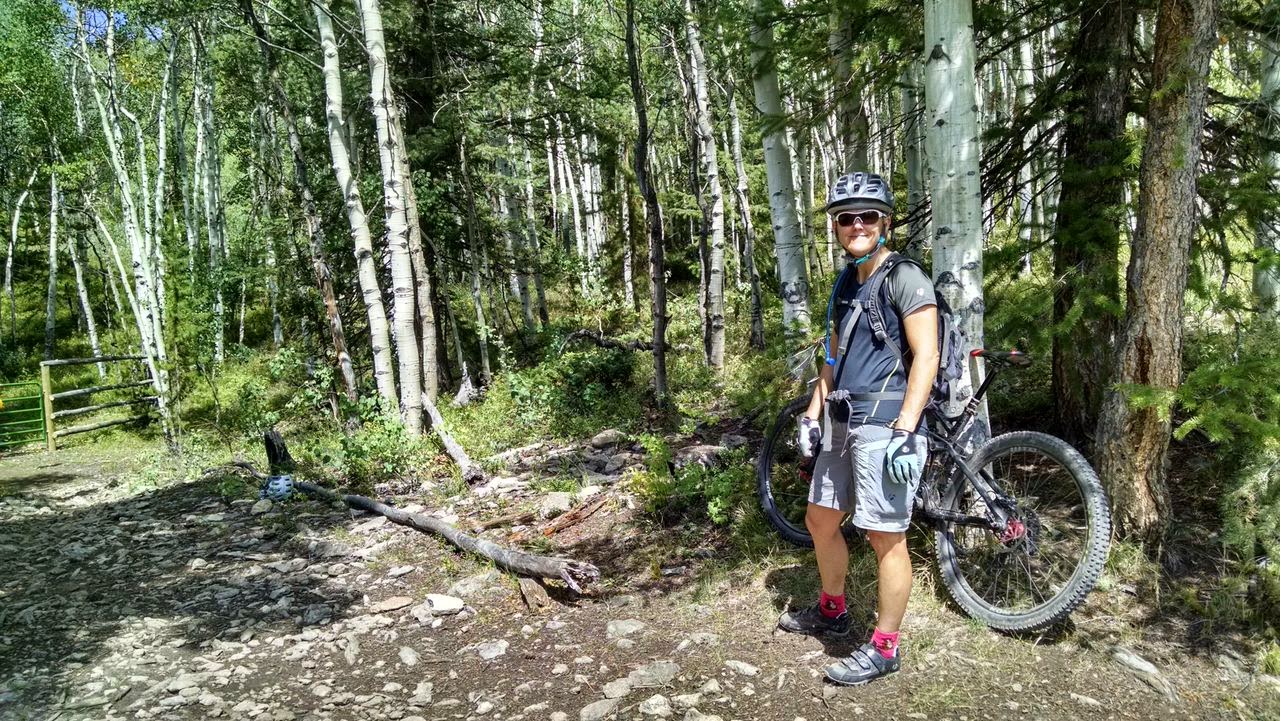 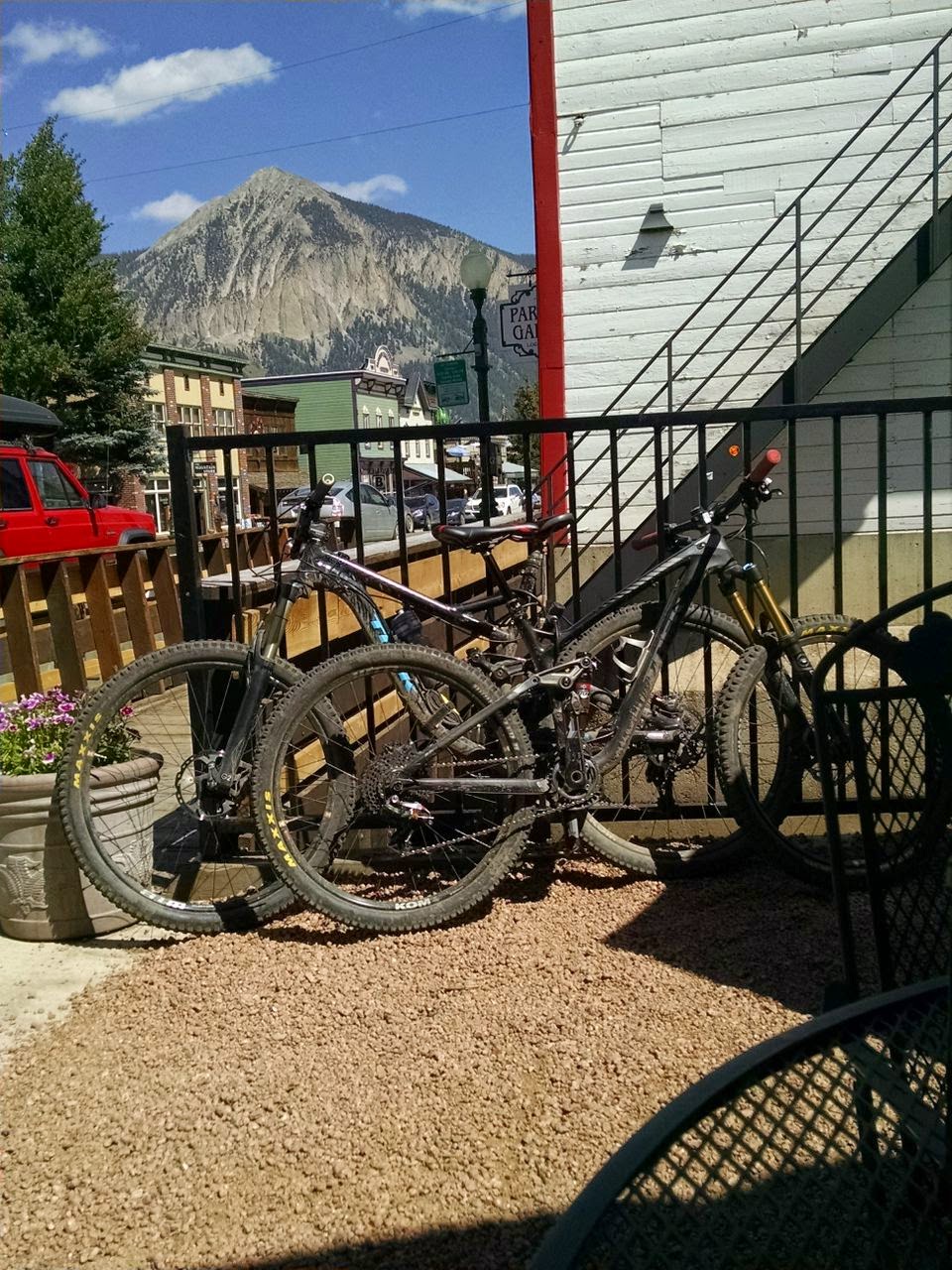 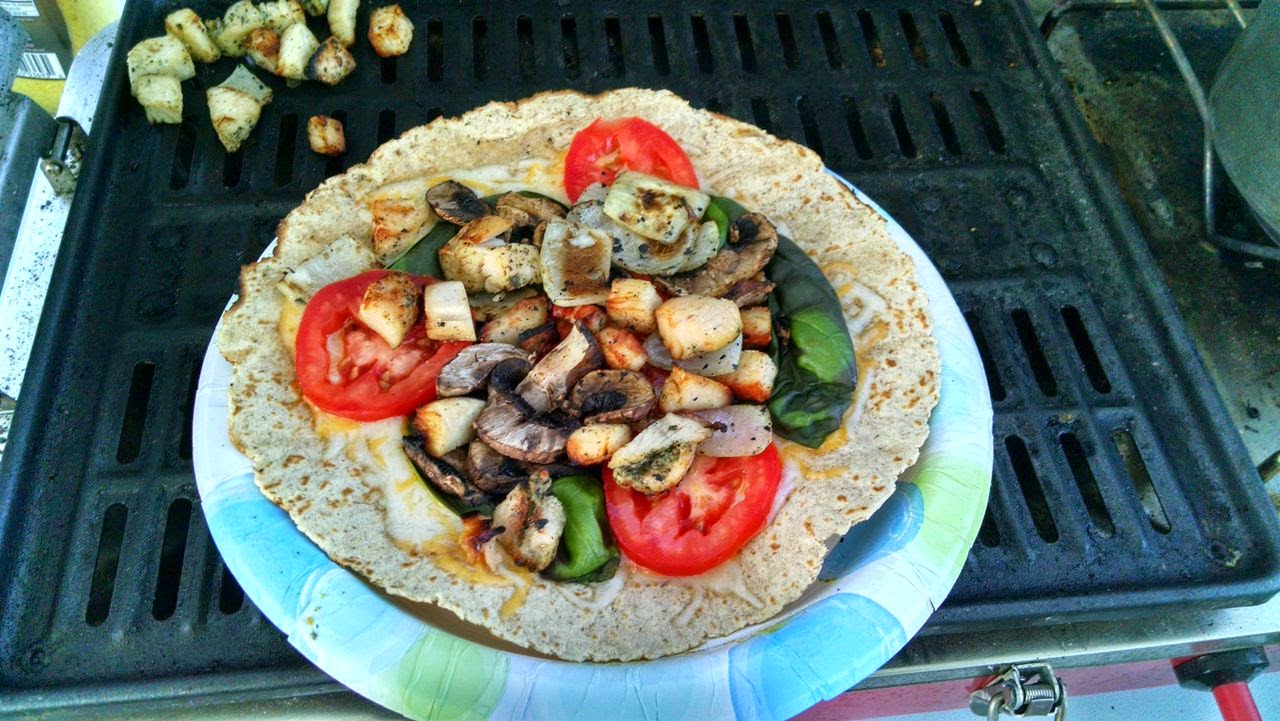 Tuesday was a rest day. We checked into race head quarters after a big awesome breakfast. We got our swag and more than a weeks' worth of sustenance from Cliff Bar. Ryan went up to the Resort to see the new gnarly run, Captain Jack. I opted to rest and get my gear in order. We went to the riders' meeting to get the lowdown on the showdown. Bedtime came early. It was going to be a long day on the bike. I wanted to have everything in order so come the break of dawn, I would be ready to get after it.
Posted by Roxy at 11:31 PM No comments:
Newer Posts Older Posts Home
Subscribe to: Posts (Atom)