Riding bikes in the woods with friends is nothing short of divine. Add in a few thousand feet of elevation, eye-candy for miles, descents that leave perma-grins and you pretty much have heaven on earth.

The Facebook event that I set up for this year's trip to the Great Wide Open went something like this: 9 friends, 10 days, thousands of feet in elevation, hundreds of trail miles; one fucking good time. And that's pretty much how it went down. And up. When you're in the likes of Breckenridge and Crested Butte, Colorado, those are the only two options. But this is what our buddy Larry Kintner wanted to do for his mid-century birthday. Last fall he asked me and the hus-boy to set it up. We didn't blink an eye.

It just so happened that CB was the perfect place for such a gathering. After finishing the Crested Butte Ultra Enduro last year, we had the gps tracks and bread crumbs to create killer, all day loops or point to point rides that included hours of saddle time (and hiking time), ridiculous top outs with face-melting descents.(And sometimes there were more than one in a single ride).This is what we live for. Back country exploration like some version of Calvin and Hobbes. And showing our friends the way, well, let's just say our faces weren't big enough to hold our smiles.

But first stop was going to be Summit County and the Brek 32 Race. Part of Larry's thing when traveling is he's never traveled to CO without racing. So, since this was on the way, we tacked it onto the itinerary. We all had been on most of the loop at some point, in some other race, so this was familiar territory. Plus the races are run well and Breck is a great town in the summer.

So the plan was final. Race at the beginning of the trip, party and just ride the rest of it.

Day 1 - RandR, Larry and Adam and Jenni Stoll traveled to Ogallala, NE. We stayed in the usual Motel 8. Cheap but comfy.

Hit up the Lamp Stand in downtown Ogallala for coffee and Jesus Burritos. (You'll just have to go to find out). After like 2 more coffee stops (Larry has the Starbucks app on his phone) we rolled into Breckenridge, CO around noon. We couldn't get into the condo for a few hours so we met up with Ted Lechnowski who was vacationing in the area and we rode part of the race course. (Meeting up with friends from home while out there is so awesome. Kevin Gilinsky, also on vaca, stopped by the van as we were finishing). After post ride noms at Fatty's (best za in town) we drove back to Frisco and checked into our digs; a cool little condo just off Main St. in a quiet little 'hood. It was a hip looking place with two levels and a hot tub. A mother robin built a nest on the porch light so every time we went in or out, it took flight and scared the crap out of us each time! All weekend!. We spent each night there instead of going out, it was that cool. Larry and I walked to the store for groceries and once we realized how far it was, we called for someone to come get us. By the time we got home, our legs were toast. We spent the rest of the night getting ready for the race. The Stolls chilled out as they were planning on hitting up the bike park at Keystone Resort with a couple new local friends we met while racing enduros and the Eybergs who were arriving that afternoon. (We may have been a little jealous). 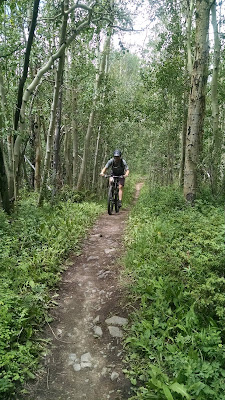 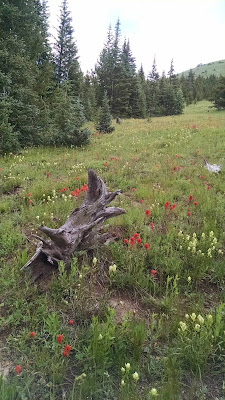 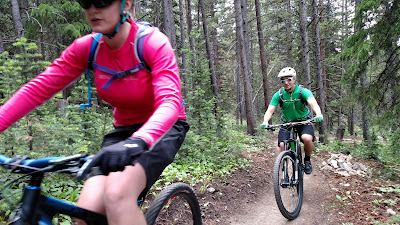 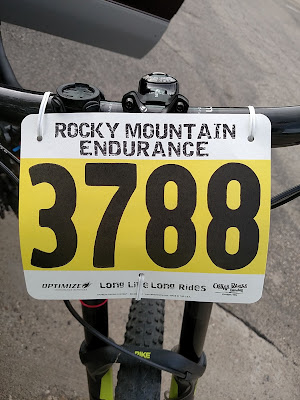 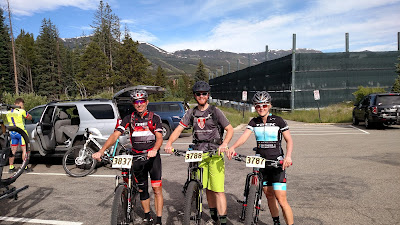 Larry, Ryan and I are up early. Our race start wasn't until 9 so we had a relaxing morning. We got to the venue by 7:30 since we weren't sure if it'd be hard to find a parking spot. The lot was nearly empty when we arrived. Probably b/c there weren't any bathrooms there so most people ride to this lot b/c this is where the race started for our group and the 68 mile group. I spent the good part of an hour riding some single track nearby to warm up and dial in the suspension. Eigth o'clock came pretty fast though and soon we were off.

The course went up to some familiar roads. It started up Boreas Pass (paved) and then onto Sally Barber (dirt/gravel). I was suffering like a dog. I was breathing way too hard and just kept getting past by what seemed everyone! I even said outloud, I am the last person. I didn't see anyone for several miles but as the trail descended I started seeing people off the side fixing flat. One woman passed me and quickly disappeared. I knew where I was headed and didn't feel the need to chase. For looming ahead was the famous Little French trail. An oxymoron certainly, it's not a little climb by any stretch. I've raced on it many times, only actually riding it without stopping only once. This time, though it was the driest it's ever been, I only had to dab a couple times and walk about 10 steps. I finished it on the bike and then I was off. I had passed the woman who went by me earlier and I didn't see her again. This race has about 4 extended climbs. Little French was the highest but the Continental Trail was by far the longest. I caught Ryan there, around mile15. He was just turning pedals over, waiting for the next descent (new bike fever). And the descent came. 15 minutes of rip-roaring ridiculousness on a bike. (They should have an enduro segment on that part). So fun. Despite the fun parts, I was suffering. I had no get up n go in the legs. Too much riding and walking the day before and not enough rest was my guess. They weren't soar or tired just kinda flat. Oh well. Got great photos out of it! 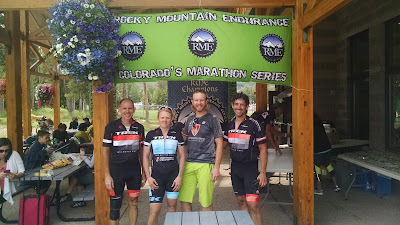 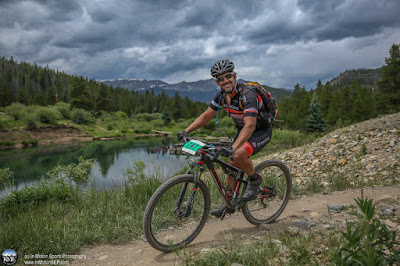 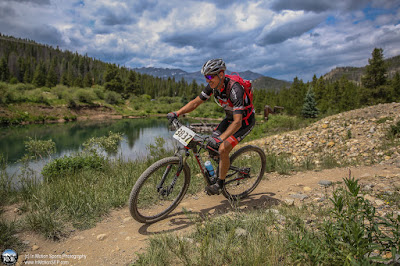 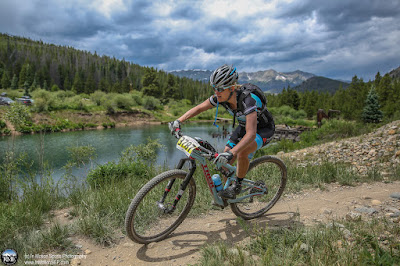 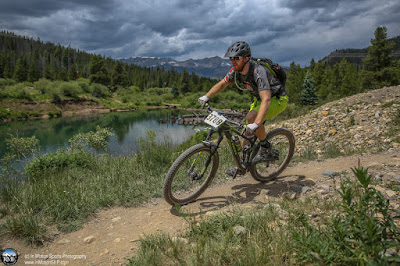 I ended up coming in around 3:50. Larry was about 10 minutes earlier. Ryan came in about 15 minutes later, but not before Gilinsky rolled in smiling so big he couldn't contain it. "I just beat Ryan. I've never beaten Ryan." It was pretty cool to see his excitement. Ryan agreed. Food wasn't ready yet so we went back to the van and got into dry clothes only to be greeted by a typical Colorado afternoon thunder shower. Any other time we would've been bummed but seeing the long haulers heading out in the shit while we stuffed our gullets with shredded pork sammies and all the fixins...let's just say we were not the least bit disturbed.

When we got back to Frisco, the condo was empty. The Stolls were still shredding the mountain with the Eybergs and Todd Wixon. Eventually they all showed up at the house (except Wixon who was still on vaca time with the fam but would be joining us the next day). We grilled brats and enjoyed dinner with everyone. Our friends from Dillon stopped over and we swapped stories of our days' events over beers.

It was the perfect start to the trip!

Next up: Wheeler Pass summit
Posted by Roxy at 5:37 PM